When the trailer of the Miss Peregrine’s Home for Peculiar Children movie came out, I knew I had to read the book before watching the movie.

I flew through the books, although I did get a bit confused in the third book. So many names, peculiarities, and action to keep track of!

But when I found out a fourth book was coming, I ordered it right away.

And I still haven’t seen the movie…

All my life, normal people had mostly baffled me-the ridiculous ways they strove to impress one another, the mediocre goals that seemed to drive them, the banality of their dreams. The way people rejected anything that didn’t fit their narrow paradigm of acceptability, as if those who thought or acted or dressed or dreamed differently from them were a threat to their very existence.

‘A Map of Days’ by Ransom Riggs is going to be hard to write about without spoiling anything from book one through three. There’s going to be one spoiler, and it’s going to be right here. So quickly skip the next line if you don’t want to read it!

Spoiler: ‘A Map of Days’ follows book three, after the Peculiar Children defeat the monsters and save their world.

The Peculiar Children are able to live in the present world and need to learn how to behave among normals. While Jacob and his peculiar friends learn more about the modern world and their old friend (Jacob’s grandfather), they’re sent on a mission by one of the grandfather’s old friends.

Of course, it’s dangerous and there’s going to be some struggle, issues, and excitement. It wouldn’t be a book without it, would it? 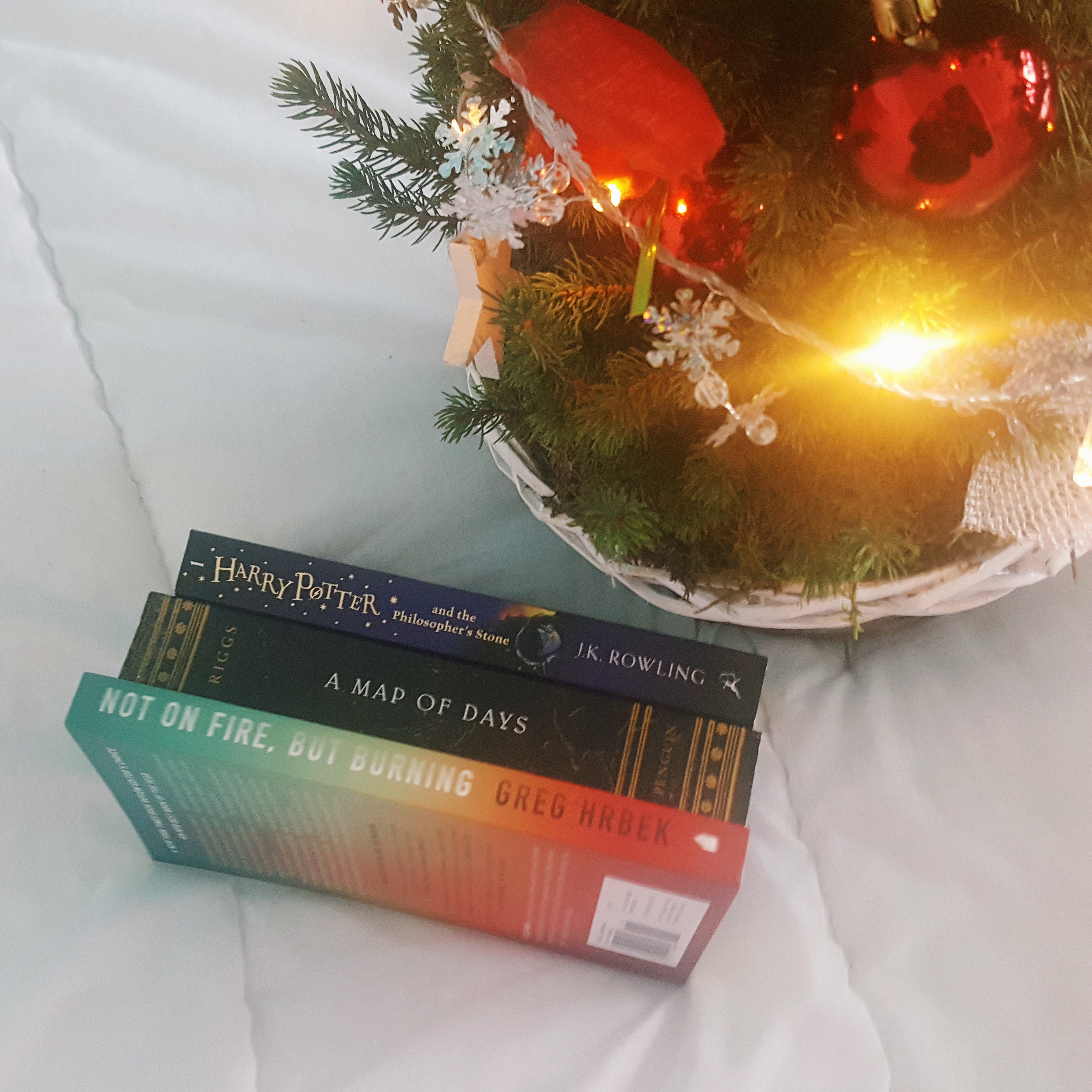 Maybe. Maybe there was a way. And then things could be so good.
My brain was a hope-making machine.

I was very happy to read about the peculiars in the modern world. I was curious how they’d adapt, although there could be more of that. The characters were still very much themselves, but I feel they could’ve grown more in this new-for-them world.

But the main plot should be the mission and I felt it came very late in the book. Maybe so the rest of the plot can be used for the next book? It was hard to get through the first few pages, where they discover the normal world, while it could be so much more interesting!

‘A Map of Days’ was easier to read than I remember book three of Miss Peregrine’s Peculiar Children to be. There’s still some action, but not so much that I lose track.

But ‘A Map of Days’ has an open end. Which means there’s more coming and we only got half the plot in this book (at least that’s what it feels like). And while I like the peculiar world and like reading about it, I’m scared it’s going to turn into something dragging along, kind of like the first few chapters of this book. And that’s not something I wish for the series.

Something I loved? The pictures! If you haven’t read the series at all, Ransom Riggs adds pictures he found at flea markets to the books. These are usually of people or locations also written into the book, which makes the whole reading experience more special.

Do I recommend ‘A Map of Days’ by Ransom Riggs? It was a nice read, and if you’re a big fan, I can see why you’d want to spend more time in the peculiar world. And while I’ll definitely read the next book(s) too (now I have to know how it ends), I wouldn’t mind finishing the series after book three.

I think it could’ve been another trilogy, following the first. Does that make sense? Something like ‘Miss Peregrine’s Peculiar Children in the USA’?

Add ‘A Map of Days’ by Ransom Riggs to your Goodreads to-read-list, or buy the book at the Book Depository or on Amazon.

Do I recommend 'A Map of Days' by Ransom Riggs? It was a nice read, and if you're a big fan, I can see why you'd want to spend more time in the peculiar world. And while I'll definitely read the next book(s) too (now I have to know how it ends), I wouldn't mind finishing the series after book three.