I first read about ‘Half of a Yellow Sun’ by Chimamanda Ngozi Adichie on wittybooks.nl‘s Instagram, and it was one of the first books I ordered back in September.

So it took me a day longer than I hoped, but man… this book.

I was a little worried it’d turn out to be like Swing Time by Zadie Smith, which I didn’t like because I felt like there wasn’t really a story, only disconnected pieces of memory.

Why do I love him?…I don’t think love has a reason…I think love comes first and then the reasons follow.

‘Half Of A Yellow Sun’ follows three people through Nigeria’s civil war in the 1960’s.

Olanna, a beautiful and privileged woman who gives it all up for her lecturer lover. Ugwu, their houseboy. And Richard, another lecturer at the university who falls smitten with Kianene, Olanna’s twin sister.

The book describes how they struggle through the war, with their race and allegiances, with love. 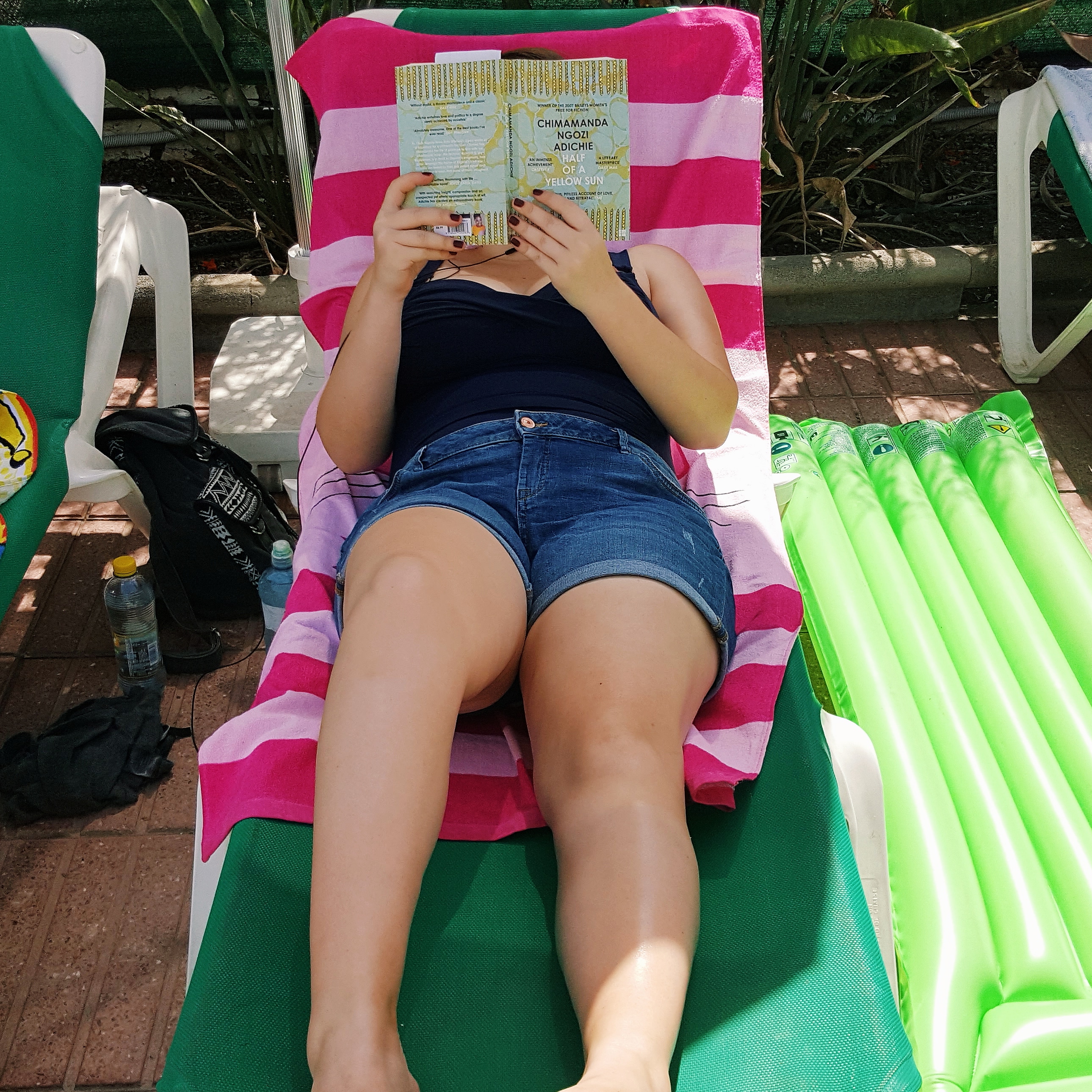 ‘You would not have asked me if I were not white.’

This book gave so much insight into a war I’d never even heard about, I got chills. When reading reviews after finishing the book, someone made me realize that this exact same thing is happening around the world right now too.

It’s heartbreaking to read about the war. There are a couple of graphic scenes, but this only confronts the reader with the reality of war. And again, it’s happening around the world now too.

Really, the only thing I didn’t like is, well… that it ended. I could’ve read another 400 pages about how they start their life after the war, having to deal with memories, different lifestyles than before, friends and family who passed or fled. But I guess that’s only a good thing.

Another thing that may bother some people, is that it describes peoples lives, but it doesn’t have a storyline where it starts with a problem, and it’s solved towards the end. For me, this didn’t bother me in this book, but I can see it won’t grab everyone that way.

In short, I think this book will only enrich anyone who reads it and give insight into civil war, love and loyalty, and West Africa, and I look forward to reading another book by Adichie. Honestly, the only reason I didn’t order another one right after finishing the book, is because I ordered 10+ books last week before going on holiday…

Add ‘Half of a Yellow Sun’ by Chimamanda Ngozi Adichie to your Goodreads to-read-list, or buy the book at the Book Depository or on Amazon.

In short, I think this book will only enrich anyone who reads it and give insight into civil war, love and loyalty, and West Africa, and I look forward to reading another book by Adichie.

[…] Half of a Yellow Sun by Chimamanda Ngozi Adichie […]

[…] Half Of A Yellow Sun by Chimamanda Ngozi Adichie […]