I remember reading Celeste Ng’s first book, ‘Everything I Never Told You’,  and struggling to get through this book that everyone seemed to love so much.

That didn’t keep me from wanting to read ‘Little Fires Everywhere’ by Celeste Ng though. I put it on my e-reader and you guys told me to read it during my holiday break. It’s actually the first book I finished in 2019!

Most of the time, everyone deserves more than one chance. We all do things we regret now and then. You just have to carry them with you.

‘Little Fires Everywhere’ by Celeste Ng revolves around the Warren and Richardson families. I’m just going the leave the outlines of the synopsis here because I have tried and failed to write my own summary:

In Shaker Heights everything is meticulously planned – from the layout of the winding roads to the colors of the houses, to the successful lives its residents will go on to lead. And no one embodies this spirit more than Elena Richardson, whose guiding principle is playing by the rules.

Enter Mia Warren – an enigmatic artist and single mother – who arrives in this idyllic bubble with her teenage daughter Pearl, and rents a house from the Richardsons. Soon Mia and Pearl become more than just tenants: all four Richardson children are drawn to the alluring mother-daughter pair. But Mia carries with her a mysterious past, and a disregard for the rules that threatens to upend this carefully ordered community.

When the Richardsons’ friends attempt to adopt a Chinese-American baby, a custody battle erupts that dramatically divides the town and puts Mia and Mrs. Richardson on opposing sides. Suspicious of Mia and her motives, Mrs. Richardson becomes determined to uncover the secrets in Mia’s past. But her obsession will come at unexpected and devastating costs to her own family – and Mia’s. 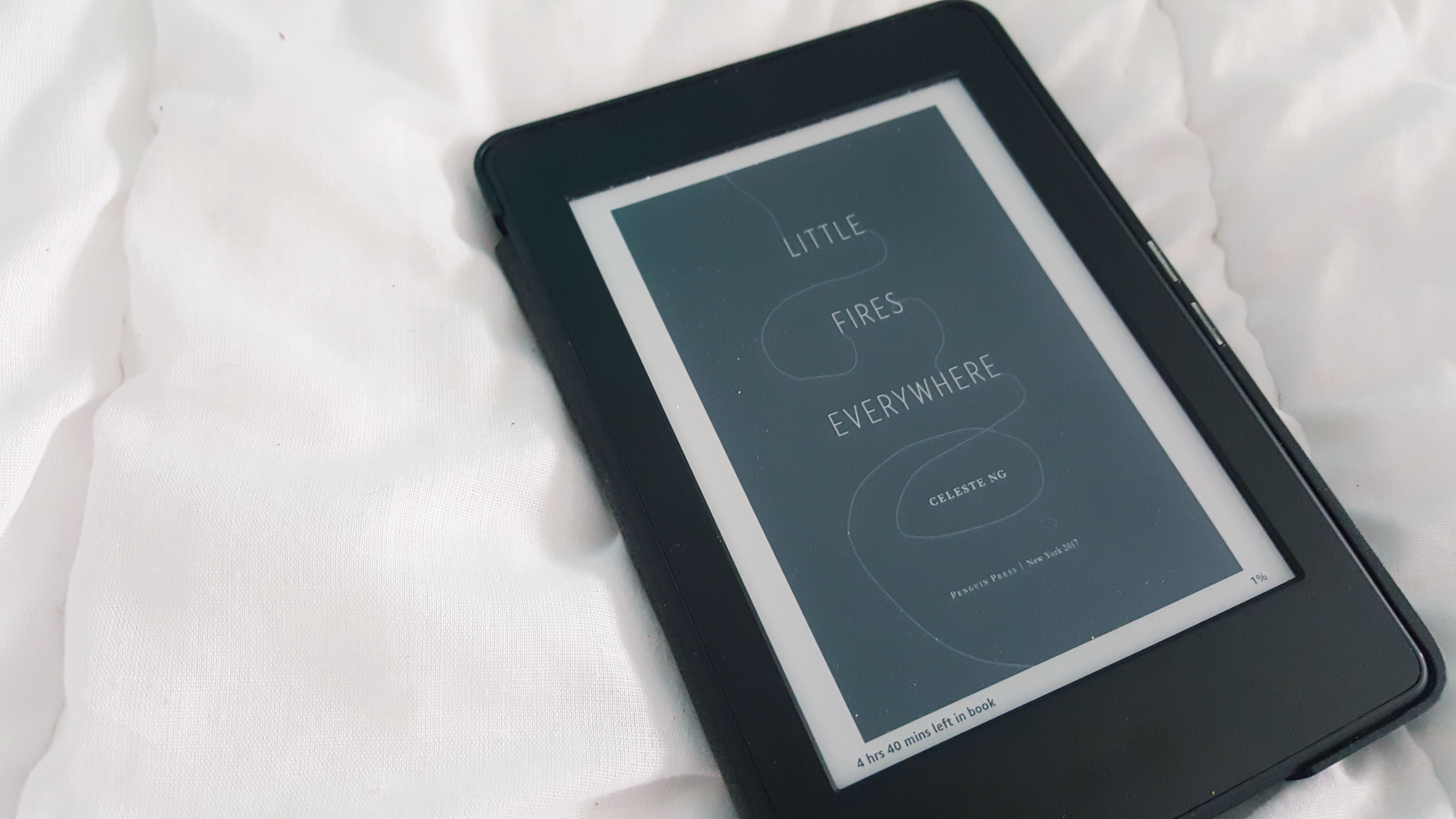 “Like after a prairie fire. I saw one, years ago, when we were in Nebraska. It seems like the end of the world. The earth is all scorched and black and everything green is gone. But after the burning the soil is richer, and new things can grow.” She held Izzy at an arm’s length, wiped her cheek with a fingertip, smoothed her hair one last time. “People are like that, too, you know. They start over. They find a way.”

Boy, am I glad I decided to pick another book by Celeste Ng instead of going with my first impression. Because ‘Little Fires Everywhere’ was so much better than ‘Everything I Never Told You’.

It begins with the end: the Richardson house is burning to the ground and everybody suspects Izzy, the youngest daughter. And you’re instantly sucked into the story. Why did she come to set the house on fire? What role did everyone else play?

And it’s a lot deeper than you’d think at first. Although you already know the ending, the book keeps you reading, wanting to know more.

And it’s an easy read. ‘Little Fires Everywhere’ is not as slow as ‘Everything I Never Told You’ felt. And the characters! Sometimes you love them, sometimes you hate them, but I think we can all agree that they’re well thought out. They’re not just the pretty one, the arty one, or the stubborn one.

If I have to name one thing I didn’t like, it’s that I’m still curious about what happens to everyone after the book ends. Don’t get me wrong, it’s a nice ending, it’s not wide-open. But it leaves enough possibilities to wonder.

Add ‘’Little Fires Everywhere’ by Celeste Ng to your Goodreads to-read-list, or buy the book at the Book Depository or on Amazon.