Oh, September… I have some good things to say about you, but not too many.

Let’s hope October will be better 😉 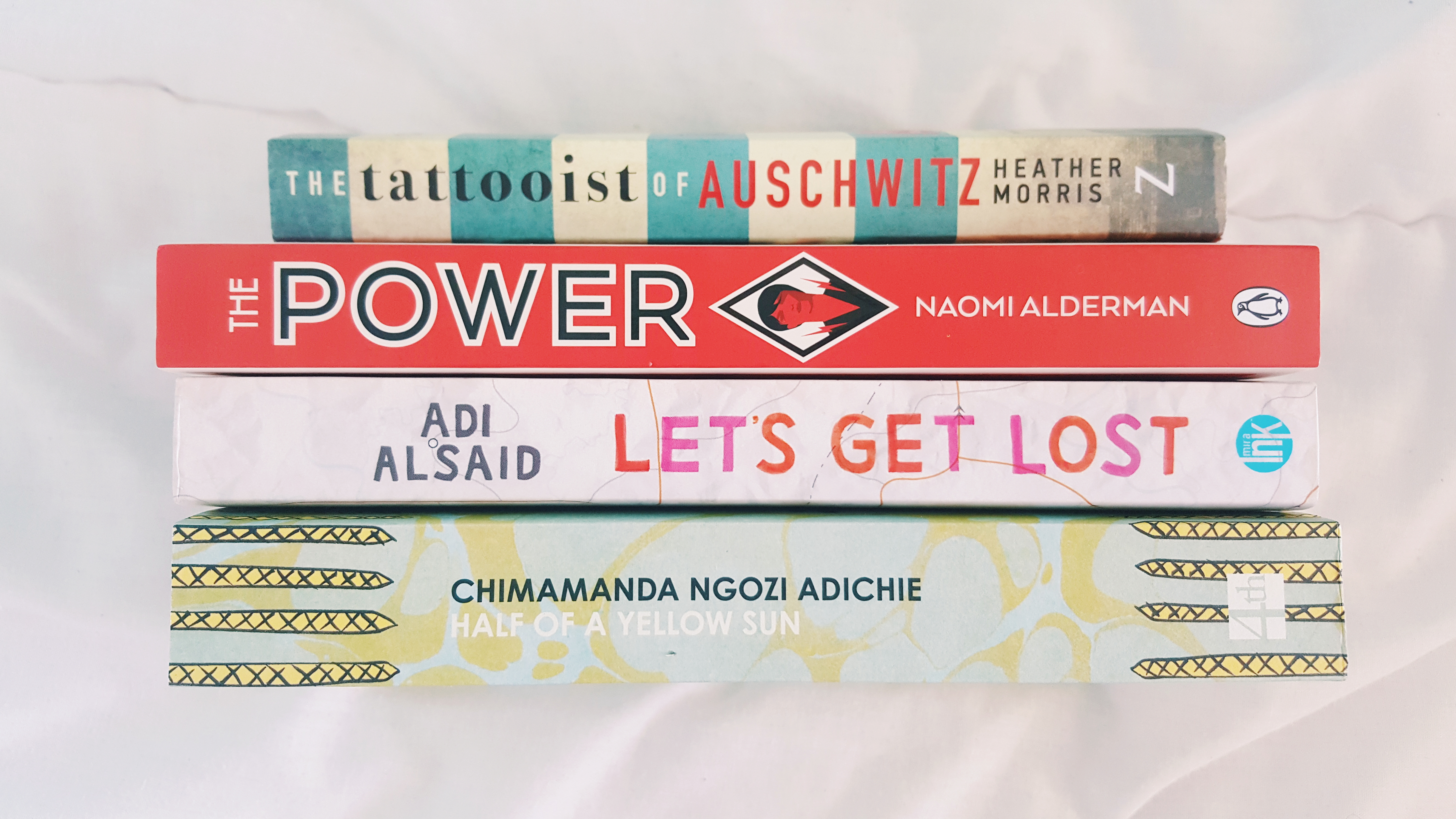 I looked up practically my whole ‘Want to Read’-list on Amazon and the Book Depository and ended up ordering three books in September. I hope to read all three in October! I also bought a book at the airport on my way to Madrid, Spain.

Let’s Get Lost by Ali Alsaid has been on my want to-read-list for ages, and I finally got around to ordering it.

I heard of Half of a Yellow Sun by Chimamanda Ngozi Adichie for the first time on an Instagram post from a Dutch blogger I’ve been following for over ten years—creepy.

And she also raved about The Power by Naomi Alderman, so of course, I ordered that too.

I stumbled upon The Tattooist of Auschwitz by Heather Morris at the airport and couldn’t leave it behind.

A book by any other name: why does the US change so many titles? – I had obviously been wondering why they changed the Sorcerers’/Philosophers’ Stone for Harry Potter but I never realized it’s an actual thing. So this was an interesting (and eye-opening) read for me.

Don’t Judge What I Read – Some of my friends love their classics, or fancy literature, or foreign authors. And sometimes that makes me feel like a child for reading lots of YA/coming-of-age and chick lit. But Jodie is right, and other people don’t have any business judging my reads (although, to be honest, I’m the one judging and comparing myself, so this is meant for me too).

How was your month?