One of my favorite things about all my best friends is that they all love to read. I can go to a bookshop with any of them at any time, and we’ll both be entertained for a few hours (and it’s one of our favorites things to do).

One of my friends reads a lot of classics, while another one reads more non-fiction, and another has a lot of books that are beautifully written (the words and sentences are very poetic) but don’t make any sense in the plot – to me at least. I guess we all have our preferences.

One of them is a fast reader and reads a lot (like one book a day – and she has her own company, where does she find the time?!) and she recommended this book to me, Truly Wicked by Anita Anderson.

I don’t read a lot of romance, but I’ll happily give a book a try if my best friend thinks I’ll like it. And boy, am I glad I did.

“How do I know you’re not planning to steal the silver?”

“If I was planning to steal anything it would be the Porsche parked in the driveway.”

He’s a billionaire recluse who shouldn’t be trusted. Blair is a screwup who needs money for art school in Paris. Two months at the eerie, mysterious Hudson House will pay for her dream. But she may be uncovering a killer, and she’s never been more vulnerable.

The locals tell her to run… but she’s obsessed with Lucas’ touch. Someone knows what happened that night. And they’re coming for her. Can she trust Lucas to protect her? Or is he the one she needs protecting from? 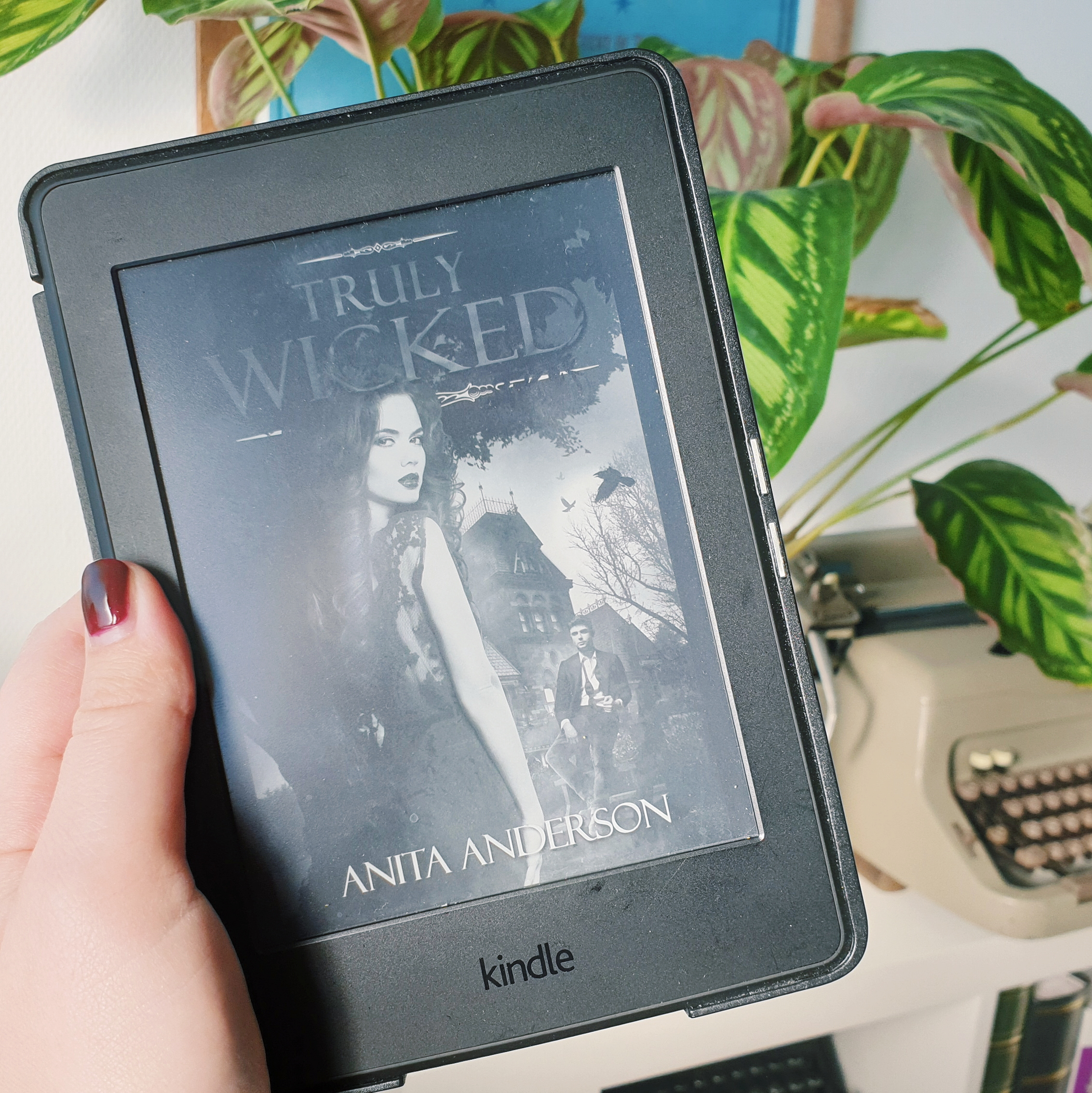 “But I’m my own person. I spent years doing things I didn’t want to do just because I wanted to keep everyone else happy. I’m not doing it any longer.”

There’s romance. There’s a handsome man. There’s trouble. And there are people who have disappeared, murders that have been committed, and mysteries to be solved.

And honestly, that’s a lot more than I expected from a romance. It’s what drew me into the story and kept me reading.

I love Blair, the main character of Truly Wicked. Anita Anderson didn’t create a meek doe-eyed girl who’s dumbed down. Blair actually has thoughts, she’s honest, she has goals, but she screws up like you and me do. She’s a character who could be real.

As for Lucas… He made me think of the Beast from Beauty and the Beast sometimes. Reclusive, demanding, used to being the boss. But he develops throughout the book into a much more likable character.

Of course, Truly Wicked is a romance. Certain things are expected from a book in that genre, and Truly Wicked doesn’t disappoint. But the book really has two plots going on. The romance, which will make you swoon, but is also a little…well, what’s expected. And then there’s the murder mystery, which has plot twists you don’t see coming and is really the part that made it hard to put the book down.

At one point in the book, I thought I knew who the bad guy was. Even though he ended up being the bad guy, Anita Anderson threw me off his scent two or three times before then anyway. That’s a skill!

I ended up rating Truly Wicked four stars on Goodreads. Three stars are simply not enough for a book that’s hard to put down without the story going through your mind if you do. I recommend Truly Wicked by Anita Anderson to everyone who enjoys romance or mystery, with a bit of the other mixed in!

Add ‘Truly Wicked’ by Anita Anderson to your Goodreads to-read-list, or buy the book on Amazon.

[…] I’m lying! I bought Truly Wicked by Anita Anderson on its launch day! A friend of mine told me about this author and her debut and she got me so […]